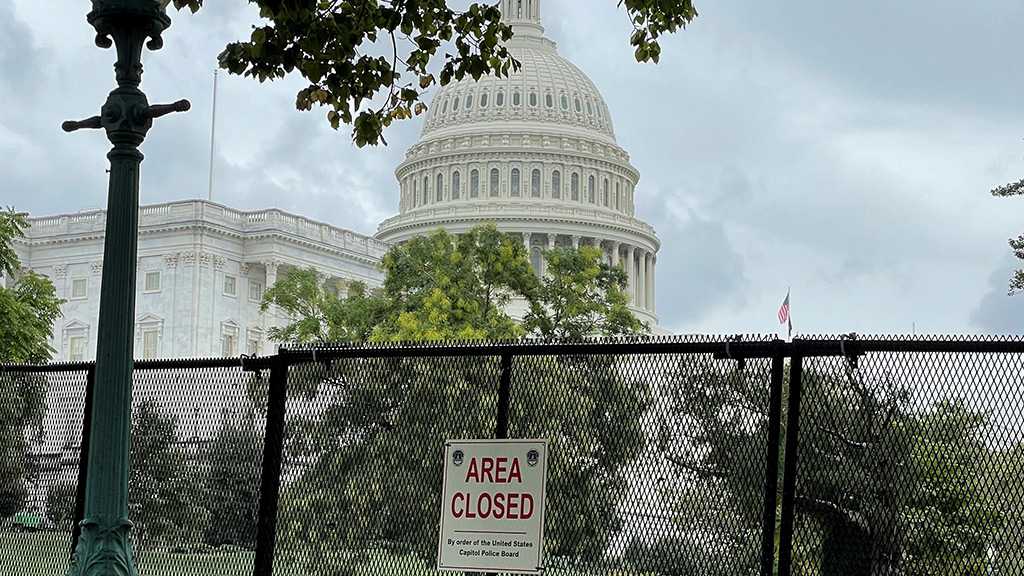 US Capitol Police Chief Thomas Manger warned that some threats had been made regarding the upcoming "Justice for J6" rally in Washington, DC. Law enforcement have upped security as they fear a repetition of the incidents that occurred at the beginning of the year.

A tall fence, which was installed around Capitol grounds in the aftermath of the storming of the building, has reappeared in the US capital.

The measures were introduced after the Department of Homeland Security [DHS] warned about the potential for violence during the upcoming demonstration, which is scheduled for 18 September.

The briefing said that around 700 people are expected to attend the event and noted that violence could break out due to a counter-rally that is scheduled to take place on the same day at Freedom Plaza in Washington.

Eleanor Holmes Norton, a delegate to the United States House of Representatives, said that the security measures that have been introduced in Washington, DC are "an overcompensation for the" 6 January incident.

Matt Braynard, whose organisation is planning the "Justice for J6", rally said that the demonstration will be peaceful and that participants will cooperate with law enforcement.