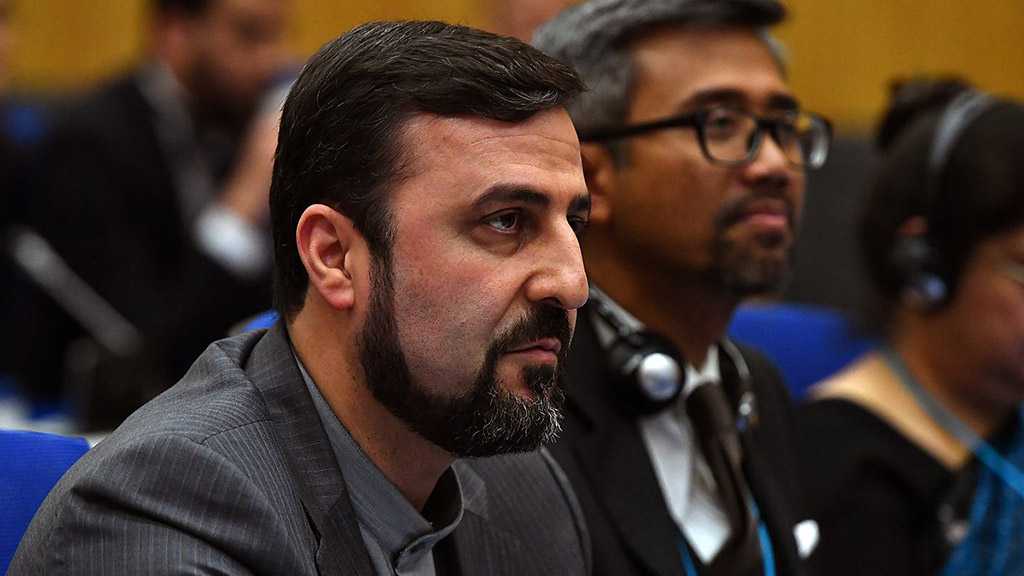 Iran has slammed the UN nuclear agency’s deliberate silence regarding the “Israeli” entity’s nuclear arsenals, which are replete with atomic bombs, saying the world has been turning a blind eye to the Tel Aviv regime’s nuclear work for more than five decades.

Kazem Gharibabdi, Iran’s ambassador to the Vienna-based international organizations, made the remarks on Wednesday in an address to the quarterly meeting of the Board of Governors of the International Atomic Energy Agency [IAEA].

“The international community and the IAEA have been blind over the [‘Israeli’] regime’s nuclear activities for over five decades, having no supervision over them,” Gharibabadi said.

The senior Iranian diplomat made the comments in response to allegations by the “Israeli” entity’s ambassador to the US and the UN, Gilad Erdan, that the IAEA has been blind about Iran’s nuclear activities during the past seven months.

That the accusation is made by the representative of a regime that is not a member of any international treaties on disarmament and non-proliferation is quite ridiculous, Gharibabadi said.

Back in February, in view of non-compliance by other signatories to the 2015 nuclear deal, Iran moved to stop its voluntary implementation of the Additional Protocol that allowed the IAEA to carry out short-notice inspections in Iran. However, the IAEA is conducting inspections within the framework of the Safeguards Agreement between Tehran and the agency in the usual manner.

The decision was made in accordance with a December 2020 law passed by the Iranian parliament – dubbed the Strategic Action Plan to Counter Sanctions – that prompted the Iranian administration to restrict the IAEA’s inspections beyond the Safeguard Agreement and accelerate the development of the country’s nuclear program.

Later in February, Iran and the IAEA reached a technical understanding under which Tehran agreed to keep the camera recordings from its nuclear sites for three months as a goodwill gesture in support of diplomacy.

Addressing the board of governors, Gharibabadi emphasized that any accusation that Iran has blocked the IAEA’s access to monitor its nuclear activities is an attempt to deceive public opinion.

The “Israeli” regime, which has refused to allow inspections of its nuclear facilities or sign the nuclear Non-Proliferation Treaty, pursues a policy of deliberate ambiguity about its nuclear weapons. The regime is estimated to have 200 to 400 nuclear warheads in its arsenal.