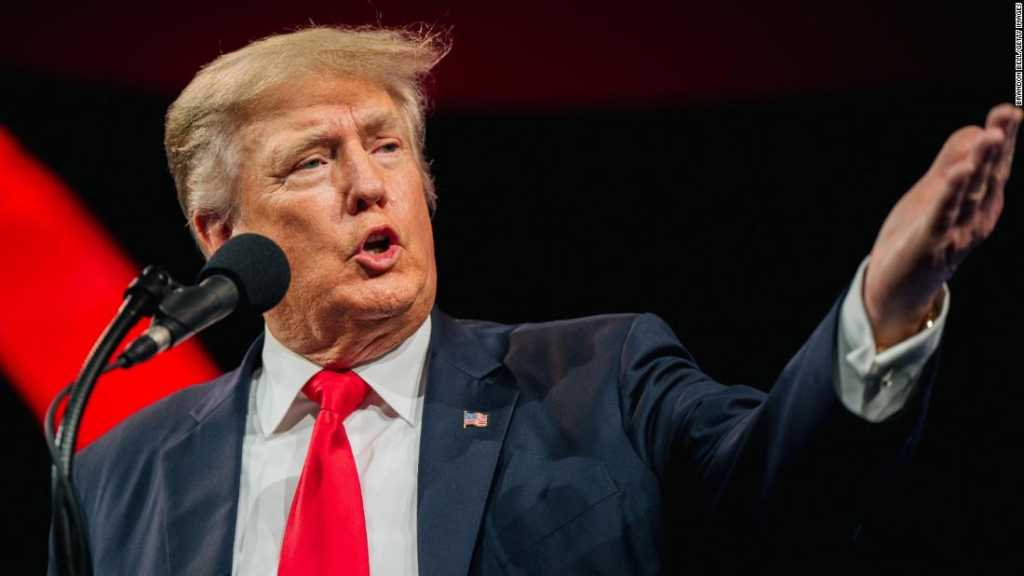 Former President US President Donald Trump will run for president in 2024, according to his former press secretary Sean Spicer.

The apparent confirmation comes after Trump has previously teased another campaign for a second term after he lost the 2020 election to President Joe Biden.

Trump has yet to officially confirm whether he will run again - but has been said to have recently met with his former chief-of-staff Mark Meadows and former cabinet officials at his golf club in Bedminster, New Jersey.

Spicer told the Washington Examiner that Trump has been encouraged to run again because of his displeasure with the Biden administration's stances - such as the reversals of his policies on immigration.

He said Trump has $102 million in apparent campaign funds and has worked to lose weight and keep his post-presidential approval ratings high ahead of his potential third run for president.

Spicer added that Trump plans to be a 'kingmaker' during the 2022 midterm elections - and has already started backing a number of candidates ahead of those races.

He has previously said he was '100 percent' considering another run for president but would wait until after the midterms to make a final decision, The Sun reported.