The head of a Lebanese security agency Friday warned that any attempt to nationalize refugees would be treated as an act of war. 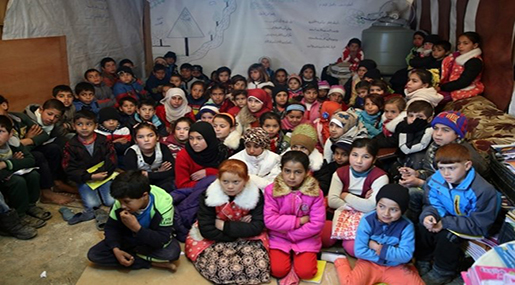 "Giving citizenship [to refugees] will be considered a declaration of war," General Security chief Maj. Gen. Abbas Ibrahim said in his monthly column published in his agency's magazine.

Ibrahim urged rivals to "stop relying on foreign countries and beg for imported solutions" to the country's crises.

"We are working on building a safe state, not a police state," he said.

Ibrahim said that the country will "triumph in the war against terrorism because defeat entails the end of Lebanon."

"Security is a constant priority because it guarantees the survival of the state. ... We have had tougher confrontations with terrorism and we are still waiting for many more and harsher" challenges.

Daesh [Arabic acronym for "ISIS" / "ISIL"] and the Fatah al-Sham Front - formerly known as the Nusra Front - have been entrenched on the outskirts of Arsal since they overran the town in August 2014.

Security authorities simultaneously have been cracking down on dormant cells across the country.

"The General Security founded the theory of preemptive security and made it its slogan to prevent any terror act before it happens."

However, he warned that the current situation leaves Lebanon "vulnerable."

"The battle against terror is becoming harder because the host communities are expanding and spreading," he said.